Home » Self Help Books » The Power of habit Summary | Rystandard

The Power of habit Summary | Rystandard

The Role of habit in daily life.

The summary of the power of habit breaks down into two parts. The first part focuses on how to create a new habit. The second part focuses on how to replace an old habit with new ones.
Habit allows us to automate the behavior. Without habits, your brain would shut down by minutiae choice of everyday life. That’s why. A person with damage basal ganglia become mentally paralyzed. Because he has trouble to do the basic activities of day-to-day life.
Habit decides what you do when you wake up the next morning. Either you check your phone or grab a doughnut from the kitchen counter. All your life, the choice you make each day may feel like decision-making but they are not. They are habits.
Having a good habit like organizing your thoughts and work routine can have an enormous impact on your health, productivity, financial, security, and happiness. At one point in life, you will have to decide how much to eat, what to focus on, and when you go to the office. Then, after some time, the brain stops making choices, and make the behavior automate.
Once you understand this, you can use the habit loop to create a new habit and replace the old ones. It allows you to stop thinking about basic behavior like walking and making choices. So we can devote mental energy to produce something big.
But conserving mental energy is tricky. Because if your brain power down at the wrong moment. You would fail to notice something important. So your basal ganglia have divided a cleaver system to decide when to automate the habits.

The process of habit formation occurs in three steps loop:

Here is a catch. Cues to trigger habits can be anything: a candy bar, or a time of a day, a certain emotion, a sequence of thoughts. Once you catch the cue you will automatically follow a routine. Routine can be simple as well as complex.
Once you associate the cue with a certain reward. A subconscious craving will occur in your brain. Example: People love smoking because it provides a burst of stimulation (subconscious craving).
The dark side of habit is, your brain cannot tell the difference between good and bad habits. Moreover, habits never disappear. So if you have a bad habit. It always hiding there waiting for the right cue to execute the behavior.

Pattern to replace old habit with new one.

But if you want to change your old behavior with the new one. You need to focus on the second part of the habit loop – Routine. Because it is easy to convenience someone to adopt a new behavior if a cue and reward were the same. To change any habit you need to follow the same cue and reward but insert a new routine.

You may also like:
Atomic Habits Summary.
The Miracle Morning Summary.
Managing Oneself By Peter F. Drucker Summary.

Above article is the exact version of book “The Power of Habit” writter by Charles Duhigg. 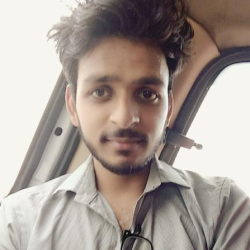 Latest posts by Rahul (see all)